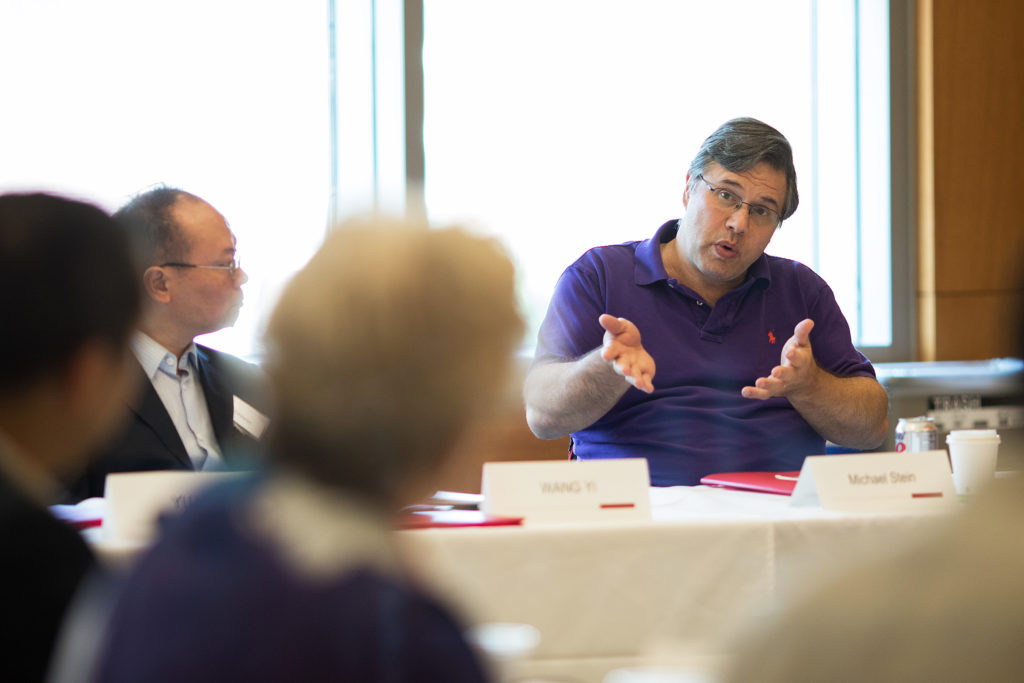 For people with disabilities, the COVID-19 pandemic has been particularly devastating, from increased exposure to the virus among those living in community facilities to openly discriminatory government policies, such as the now-repealed Alabama policy on people with intellectual disabilities Deny access to ventilators in the event of a shortage.

“The headline that COVID is the big offset is wrong,” says Michael Ashley Stein ’88, co-founder and executive director of the Harvard Law School Project on Disability, known as HPOD, which has been working on understanding disability rights since 2004 and education around the world. “It’s actually a huge magnifying glass on social inequalities.”

Knowing that people with disabilities would be particularly prone to accessing health care issues and other issues during the pandemic, HPOD immediately turned its attention to COVID-related initiatives and advocacy, including supporting a complaint to the Federal Office of Civil Rights about the discriminatory Alabama policies. “We now see even more urgency and need for our work,” says Stein, who, in addition to making many contributions in the area of ​​disability law, contributed to the drafting of the UN Convention on the Rights of Persons with Disabilities. “The need was overwhelming and we were privileged to be able to help.”

Take the experience of Deacon Tony Phillips, a Manhattan resident with cerebral palsy and developmental disabilities and vice president of the Self-Advocacy Association of New York State known as SANYS. Phillips has been an advocate for himself and others for over 30 years. In February 2020, just before the pandemic broke out, he was hospitalized for about a week after an injury that required neurosurgery. Phillips wanted to return home while he waited for the surgery, but the hospital didn’t ask him what he wanted. Instead, they asked his sister, who insisted he be sent to a care facility in the Bronx, a long way from his support network and lower Manhattan apartment. When the pandemic broke out, the facility canceled Phillips’ neurosurgical appointment without telling him. They didn’t help him access his email or use his cell phone to call his friends, and he became a virtual prisoner. He received no therapeutic services in the facility for months and his condition deteriorated. He went without a shower for weeks and contracted COVID in June.

When Phillips’ friends finally tracked him down, they also contacted Hezzy Smith, HPOD’s director of advocacy initiatives, who knew Phillips through his work with SANYS. Smith helped Phillips advocate nursing by driving out of Boston to postpone Phillips ‘neurosurgical appointments (after the facility failed to do so for six months) and educating hospital staff about Phillips’ health care rights, including his Right to agree to an operation. Smith continues to support Phillips in his desire to be released from the care facility as soon as possible and to be absent against his will after more than a year to support his return home.

Phillips shared his story as a panelist on “COVID-19 & Disability: A Holistic Examination of Pandemic Impact,” an online discussion held on April 14th by HPOD and the Petrie-Flom Center for Health Law Policy, Biotechnology, and Bioethics HLS was presented. The event examined how vulnerable people with disabilities worldwide were during the pandemic, including increased exposure to COVID-19, the increased negative impact of school closings on children with disabilities, and the difficulty for people with visual impairments when moving to an online world.

The pandemic has isolated many people like Phillips from access to critical support and services in their communities, classrooms and workplaces, Stein says. There have been higher rates of transmission of COVID, especially among those living in community facilities, a higher incidence of layoffs and less access to vaccines, he adds.

“We still have a long way to go for people with disabilities, ”said Phillips, who escaped firing during his long absence from work due to the efforts of another self-advocate, Chester Finn, who shared his experiences growing up at Jim Crow South as a visually impaired person with developmental disabilities on the HPOD website. The HPOD is also currently receiving Finn as part of a first summer self-advocacy research fellowship in collaboration with the Samuel Center for Social Connectedness as part of the HPOD’s ongoing support for the Massachusetts Advocates Standing Strong Task Force on Assisted Decision Making.

In the early days of the pandemic, HPOD developed a series of manuals in Mandarin Chinese on the COVID-19 virus and how people with disabilities and their families can stay safe, a project led by Dr. Cui Fengming, Director of HPOD’s China Program. HPOD staff have also worked with colleagues at the UCLA WORLD Policy Analysis Center to examine how school districts in virtual, remote, and personal settings provide special education and related services to students with disabilities.

On the academic side, HPOD immediately turned its attention to crisis standards of care – or rationing of services and supplies – and how they discriminate against people with disabilities. Working with self-advocate Anne Freight, the HPOD is researching the experiences of community residents in Massachusetts during the pandemic, and Stein and HPOD Senior Associate Ari Ne’eman are researching the impact of emergency care standards and vaccine access on Americans with disabilities.

Going forward, HPOD plans to have self-advocate focus groups to hear their thoughts on how policies should be changed. “In keeping with our ethical obligations, we want to hear from self-advocates about their priorities,” says Smith, “so that we don’t just stand the problems on an ivory tower, but rather be a voice and platform for the people who experience and navigate these systems.” Every day.”

Vaccinations could be required by office, in line with legal…

Why is there nonetheless a disability employment hole

Incapacity teams wrestle to reply to Down syndrome/abortion invoice