How N.H.’s New Regulation Limiting Some Instructing On Racism And Sexism Is Half Of A GOP-Led Nationwide Push 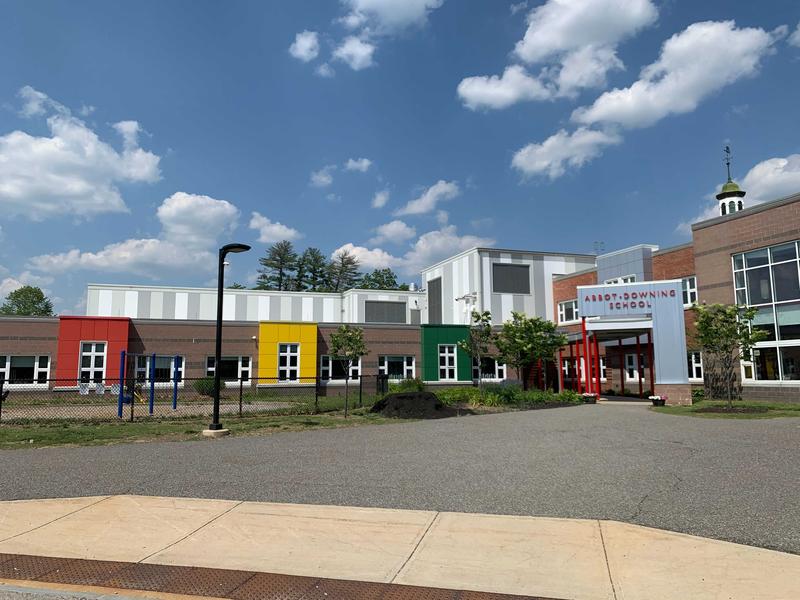 School is out for the summer, but the debate about what to teach in the classrooms is still heating up. Governor Chris Sununu recently signed law restricting certain types of education and training on racism, sexism and other forms of oppression. Some school districts are seeing strong opposition from parents and conservative organizations accusing schools of discriminating against white staff and students.

Get NHPR’s coverage of politics, the pandemic and other top stories in your inbox – sign up for our newsletter today (it’s free!).

NHPR’s education and demography reporter Sarah Gibson has looked at how this is playing out in New Hampshire and other states. What follows is a transcript of her conversation with NHPR host All Things Considered, Peter Biello.

Peter Biello: Sarah, can you explain this new law to us? It is the latest iteration of a bill that began as the “Concepts Divide Act”.

Sarah Gibson: Hence the law is called the Right to Freedom from Discrimination in Public Workplaces and in Education. Basically, it prohibits advocating or teaching that certain groups of people are inherently racist, sexist, or otherwise oppressive, albeit unconsciously. And it also promotes the teaching that people should treat others regardless of their differences. So basically the equal treatment of all, regardless of race, gender, disability or any other category. I should say that most of what was banned is now off the curriculum in New Hampshire. Proponents of the law say it crept in. Critics of the law say it’s so vague that it prevents people from having open and much-needed conversations about race, racism and discrimination.

Sarah Gibson: Yes. As a result, similar measures have been introduced in dozens of states. And then New Hampshire is one of six to pass this bill. The language for these bills is based on an executive order from former President Trump, and the federal order was repealed by President Biden, but then the Republican-led state lawmakers really took it up as a key issue. And it’s played in the media too. So there was a lot of media coverage, which really drove the debate. And there was also a lot of misinformation, both on social media and in news outlets.

Peter Biello: And such bills get a lot of attention in the state house and in the media, as you say, but the debate is also happening on the ground, closer to schools and in school boards and school committee meetings and classrooms. So what’s going on?

Sarah Gibson: So the law is part of a larger movement by parents and conservative activists to roll back what they see as “liberal indoctrination” of students. And some are sincere in their concerns and others really take advantage of the discomfort of faculty and students as part of a political organizing tool. So, Reopen New Hampshire, which rallied against COVID restrictions last year, posted on the issue. So did some white nationalist groups in New Hampshire. And then the conservative organization 603 Alliance recently released a toolkit for parents and community members that essentially provides information on how to combat this indoctrination in schools. They suggested doing a fact-finding mission, essentially making a series of right to know requests so that people can learn more about the nature of equity and diversity training in schools. They said there was a need to watch out for school board races and generally get candidates to commit to a position on anti-critical racial theory.

Peter Biello: What does this law look like in practice? If you are a teacher, what can you talk about?

Sarah Gibson: So this law does not prohibit teaching about race or racism. It prohibits teaching certain concepts, such as that a race is inherently oppressed, but that is not really taught in most schools anyway. What this law could do is equity, diversity, and bias training for employees, which has grown in popularity in recent years. These trainings often talk about systemic racism and ask staff to review their white privilege. And many civics, history, and social studies teachers warn that the law could have a really chilling effect on their classrooms. So I spoke to Misty Crompton. She is a social studies teacher at Derry Middle School and says the new law is against the state’s code of ethics for teachers.

Misty Crompton: It says we need to value honesty, doesn’t it? And we have to respect the students. But if there are difficult truths about our history, you know, students have questions about these things, you can’t just ignore them and pretend it didn’t happen.

Sarah Gibson: So this law says that teachers can teach the historical existence of ideas. But you know, teachers have told me that students always make connections with current events. Hopefully you are listening to new points of view. They give meaning to the past by talking about the present. So if you are talking about slavery or the suffrage law, for example, and you are talking about society today, teachers fear that doing so may really put them under scrutiny and break the new law. So the big consequence of this law could actually only be self-censorship

Peter Biello: And what happens when a teacher crosses the line? Could You Lose Your Job?

Sarah Gibson: If they cross the line and violate it, it is considered a Code of Conduct violation. So the Department of Education here would be investigating, and the DOE will actually be providing technical guidance on how this might actually look for the next few weeks. But I have to say that Commissioner Frank Edelblut is a big supporter of this new law. And so, professional associations and school districts are now consulting their lawyers to make sure what they’re doing next year doesn’t conflict with the new law.

How Authorities Realized to Waste Your Time

The essential position of social insurance coverage within the US…