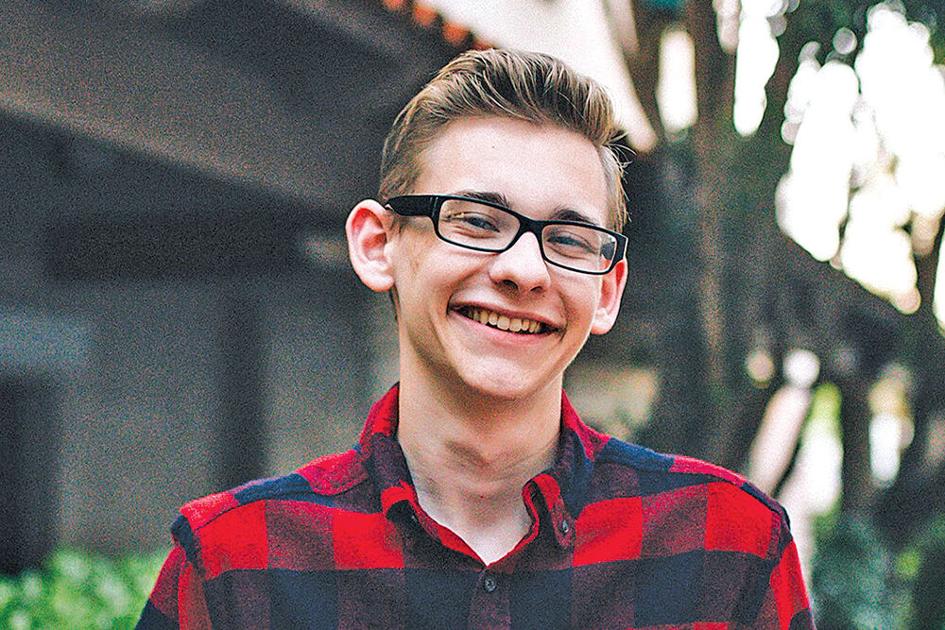 ANathaniel Ross, a junior at Rizona State University, believed that there was only one way to become a policy maker with a strong academic background.

As if four majors weren’t enough, Ross also has dance minor and is aiming for two degrees, one in religion and conflict and one in civics.

He is one of 55 students from 42 colleges and universities selected for the Udall Undergraduate Scholarship, which recognizes students for their leadership skills, public service, and commitment to issues related to the Native American nations or the environment.

A Flinn Fellow at Barrett, The Honors College at ASU, he aspires to one day work on public policy that affects the disabled community and the environment.

“I noticed that a lot of policy makers don’t necessarily have strong scientific backgrounds, so I wanted to have a specific focus on biology and society in order to get scientific information out to non-scientists,” he said.

“By putting scientific information together so that others can understand it, I can better influence policy. I also find that scientists often have difficulty conveying information, so applied quantitative science, along with political science, would allow me to strike a balance between understanding the present and future uses of everything. “

Ross won the Udall Fellowship for his interest in the intersection of climate and disability.

“Much of my personal research is on disability in the context of environmental protection,” said Ross.

“I really think environmental issues can permeate many different parts of our community, so I try to deal with as many parts as possible,” said Ross.

From August 3-6, Ross will attend the annual Udall Scholar Orientation in Tucson, meeting fellow scholars and alumni, collaborating on a case study, and building a community of professionals working on environmental and tribal issues.

“What I value most are the connections I have with the entire Udall alumni network and other Udall scientists who work in the environmental field,” said Ross.

“I meet with researchers, policy makers and advocates of environmental justice. Meeting people who are already doing careers that I’m interested in is a great opportunity. “

Ross recognizes that environmental issues disproportionately affect people with disabilities and wants to help raise the voice of a community with which he is so closely connected.

“I have a variety of disabilities that affect my daily life,” he said. “I spent about half my time being connected to different machines and I had to find ways not to let it interfere with my desire to work in fairly competitive areas of science and politics.

“A large part of my motivation comes from working with disabled children who have similar challenges as I do.”

Last May, Ross and his family started an organization called EOS Fighter Connection, for which Ross cares for children with disabilities across the country.

He hosts weekly Zoom calls and virtual events with children with the same disability to talk about school, friends, family and their health.

“Working with so many children who have the same experiences that I grew up with really motivates me to continue my work because I know that they are disproportionately and negatively affected by climate change and the impact we are having on our environment , are affected and natural disasters, “said Ross.

“I want to make sure that I do the work to avoid future victims of climate change in the climate crisis.”

Ross said he had dealt with many people who, because of his disabilities, considered him unable or qualified to work in such competitive fields.

This inspires him to work harder. He wants to help people see that disability doesn’t affect their ability to work as hard as anyone else does.

At ASU, Ross is involved in two research laboratories, the Population Genetics Laboratory of Dr. Susan Holechek and the Luminosity Lab, a prominent interdisciplinary research and development laboratory that works with external organizations to develop innovative solutions to local and societal challenges and to develop prototypes.

Through the Luminosity Lab, Ross and his colleague took part in the Go Green pitch challenge at Schneider Electric, where they developed an online trading platform designed to help connect industrial waste consumers with industrial waste producers.

Over 2,500 teams worldwide applied and were selected as the top 30 team in North America.

Ross also serves as Vice President of Network Engagement in ASU’s Greenlight Solutions chapter, where he specifically identifies and engages with companies to develop more sustainable processes and solutions.

Outside of ASU, Ross interned with lobbying firm Creosote Partners, a social justice law firm, with the state legislature. While there, he worked with clients promoting criminal justice reform, access to health care and environmental justice.

He learned how to lobby and testify for social change, and he met with lawmakers and attorneys to make better systemic changes in our government and politics.

“The experience opened my mind and taught me that I can really influence and improve my community in so many different ways,” said Ross.

Ross also works in a community practice at the Society for Public Health Education, where they focus on environmental issues and their public health implications.

He is working there with ASU professor Kasondra McCracken, who invited him to join the organization, and they will be submitting an abstract for an upcoming advocacy summit.

Ross encourages others to take the time to find out what inspires them and how they want to change their community for the better.

“Find something you care about,” Ross advises students. “It goes beyond what you major in. If you have a reason to do something, you are much more likely to wake up in the morning and want to go ahead and keep trying because so often in any area you will encounter resistance and that motivation has to come from something outside of you. “

Centre places ahead suggestions to states for welfare of disabled…

‘Particular measures for polls, however why not for vaccination?’

In Odisha, The Authorities Will Pay Rs 2.5 Lakh As Incentive To…