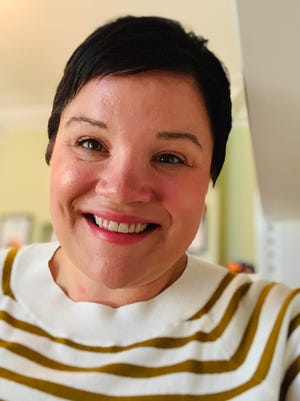 Heads of state recently passed a budget that handcuffed a questionable state bill effectively banning the teaching of so-called “divisive concepts” in New Hampshire public schools. What is formulated as divisive concepts or “critical racial theory” are efforts to explore and discuss attitudes towards race, gender and other important but sometimes difficult issues.

An earlier controversial and far-reaching bill with similar intent was tabled by a House Committee after the trade and industry association, along with 225 independent companies and nonprofits, said the bill sent the wrong message on racial and gender discrimination. It was obviously racist. Governor Sununu threatened with a veto because he restricted freedom of expression too much.

But its proponents put an end to it by receiving a different version tied to the state budget. And instead of vetoing the budget and spending the summer separating financial from social issues, lawmaker and Governor Sununu turned their backs on justice, passed the budget with its inappropriate non-financial changes, and headed for the summer Way home.

If there was any doubt about the impact, the fact that more than half of Governor Sununu’s State Council on Diversity and Inclusion resigned in protest this week, saying the law is silencing important discussions about race makes it clear . The council was appointed by the governor in 2017 to advise on issues of race, diversity, equality and inclusion. Was her initial appointment just a hollow political gesture on Sununu’s part, and not an attempt to actually come to an understanding on racial issues? and gender?

Cleverly hidden in a series of paragraphs that forbid the teaching of discrimination, the law forbids teaching by government agencies and public schools: “That a person should, based on their age, gender, gender identity, sexual orientation, race, creed, skin color, marital status, Marital status, mental or physical disability, religion or national origin, is naturally racist, sexist or oppressive, whether consciously or unconsciously. “

This makes it illegal to teach the concept that each of us has unconscious implicit biases that, unfortunately, are often at the root of environmental discrimination. Recognizing implicit bias is one of the most important concepts our society must learn in order for us to understand our attitudes and achieve racial justice.

One has to wonder why such a questionable law as this was drafted, debated and finally tied to important work like the state budget at the eleventh hour. Our state has to grapple with critical issues – such as homelessness, small business needs for workers, the ongoing opioid crisis, child abuse, domestic violence – and in the past six months our elected leaders have devoted energy to doing this – and abortions. What is it, 1952?

I have no doubt that most lawmakers do not fully understand the implications of this law. New Hampshire teachers were struggling to communicate and facilitate discussions about the race. And now the state government has taken a measure that not only makes it difficult, but even makes it illegal. That doesn’t get us any further. It throws us back. It also unfortunately reinforces the perception that New Hampshire is one of the least diverse states in the United States. Our executives knew this would have a negative impact; Our legislators should understand that too. That 1950s mentality doesn’t match what New Hampshire’s aspirations are for the 2020s.

I also have no doubt that this misguided legislation will eventually be amended or repealed; it is too much of a presidential executive order that has been ruled unconstitutional, a violation of the First Amendment rights valued in our state. There have been many other cases in this country where we realized we were not doing the right thing and this is one of them.

Until the law is changed, YWCA New Hampshire will work with our partners to channel our influence, resources, and common space to enable people in the community, including children, to have these important discussions. Our mission, and in some cases our donors, require that we provide this environment.

We will not try to “indoctrinate” or “memorize” (language used in the misguided new law). We’re just going to try to create awareness that racism and bias exist and affect how we interact with others in our community.

If you are reading this and are passionate about correcting this injustice, I urge you to get involved in your community, be an advocate, use your voice to support safe spaces where children can have access to these discussions with responsible adult guidance in their lives. If they cannot take place in our public schools, we need to make them take place outside of them.

Jessica Cantin is the CEO of YWCA New Hampshire. YW’s mission is to empower women and eradicate racism. The views expressed are those of the author.

Brutality towards individuals with psychosocial disability to be…

Life after Lockdown 3 (continued): additional issues for a return…

Using disabled folks and folks with well being situations