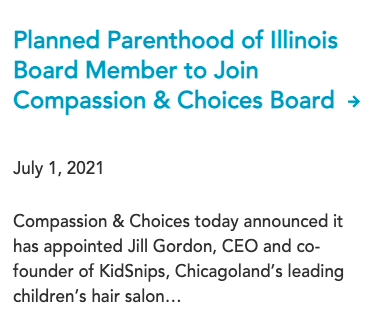 Despite massive opposition and an unorthodox trip through the legislature, Governor Jerry Brown signed the bill.

Modeled on the Oregon Compulsory Suicide Act, the California legislature did not pass the bill in its assembly committees during the regular legislative session, and it died. But proponents of assisted suicide put a legislative end to the relevant process and brought the bill back to life in a special session convened to deal with transportation and medical budget issues.

The bill was passed only by compromising a few restrictions: a sunset date of 2025 and a 15-day wait to get a prescription of the deadly drug cocktail.

On Tuesday, the draftsman of the bill, Senator Susan Eggman (D-Stockton), was on the congregation’s judicial committee with another bill to discard the expiration date and reduce the two-week waiting period to two days.

So the legislature finally gets out of the draft law what it originally wanted – it comes back a few years later and removes the compromises and safeguards.

SB 380 will remove the safeguards in the original bill that are now considered “unnecessary”. As a testimony, Eggman said she would quit and therefore now wants to remove the security precautions from the law.

But Eggman encountered opposition from Democrats on the Assembly’s Judiciary Committee on Tuesday. MP Eloise Gomez Reyes (D-San Bernardino) said her biggest concern about the law was the reduction in waiting time from 15 days to 48 hours and “the removal of the sunset is worrying”. Reyes added that “the safeguards provided in the original bill provide ample opportunity to exercise this option,” referring to the end-of-life medical assistance option.

MP Lorena Gonzalez (D-San Diego) also expressed concern about the lifting of security. She said she would like to see more information and data on how long people are considering assisted suicide from the final diagnosis.

Both Gomez Reyes and Gonzalez said they would like to do more to relieve pain and improve end-of-life care.

The bill met with strong opposition from the Catholic Church, disability rights groups and other patient rights groups that want to protect elderly and mentally and physically disabled patients.

Dan Okenfuss, Public Policy Manager at the California Foundation for Independent Living Centers (CFILC) testified against the SB 380 warning that there was a “serious lack of data” in the 2015 law. “There is no information about the patients’ illnesses, no psychological evaluations and no data on when the patient is taking the medication.” Okenfuss said it was simply too premature to consider removing the safety precautions.

One of the topics that surfaced in 2015 was myths about assisted suicide in Oregon – that it is “highly regulated and has strong safeguards.” Marilyn Golden, senior policy analyst with the Education and Defense Fund for Disability Rights, said proponents are glossing over the grave lack of safeguards in Oregon’s law. Minimal data collection and a gross lack of strict oversight of assisted suicide undermine any pretext for strict surveillance or regulation, Golden says. Golden warned that the “Death With Dignity Act” should supposedly target patient autonomy and “choice,” but the focus should instead be on doing everything possible to improve end-of-life care. Golden said, “Don’t let the rhetoric of choosing a few people seduce you into dangerous policy change that will bring social injustice to many.”

Others raised similar concerns about SB 380. Serena Alvarez, who represents LULAC (League of United Latin American Citizens), the largest and oldest Hispanic membership organization in the country, said California was the first nation in the country to address hospice fraud, citing one Los Angeles Times article that investigates. She also said the Latino community has been targeted. “Our families have no medical care,” said Alvarez. She said the Compassion and Choices website even targets Latinos.

Compassion and Choices (formerly the Hemlock Society) is a George Soros-funded pro-suicide organization that has tried to convince lawmakers across the country that it is a grassroots organization. Far from the grassroots, the well-funded Compassion and Choices works to convince the sick and depressed that it is honorable to commit suicide, according to disability rights groups.

Ironically, there is currently a news article on the Compassion and Choices website promoting “Planned Parenthood of Illinois Board Members to Join Compassion & Choices Board.”

The Assembly Judiciary Committee’s analysis of the draft law looked at support for Compassion & Choices:

Compassion & Choices states that the law should be changed for several reasons: 1) Greater transparency in the implementation of the California End of Life Option Act, so that patients can make timely and informed decisions about their end-of-life care, in line with the wishes of providers to be able to object to participation; 2) to shorten the waiting time so that it does not become an unnecessary period of suffering; and 3) several small but important legislative changes to improve access without compromising patient safety, such as clarifying that medical aid can be self-administered in a healthcare facility when dying.

In contrast to the legal analysis, Disability Rights California:

Disability Rights California focuses on two issues in its objection letter. First, she opposes the lifting of the 15-day waiting period for a prescription on the grounds: “Many people who have assisted suicide have changed their minds – some live decades beyond their prognosis and have a cure for them supposedly “terminal” “disease.” Second, they oppose the abolition of the definitive certificate in which the patient assures that he is voluntarily taking the deadly drugs at the time of ingestion. According to Disability Rights California, “This distance jeopardizes patient autonomy and opens the door to abuse by greedy heirs or abusive caregivers. No reporting, no third party witnesses at the time of death do it so that no one will ever know if the person has changed their mind or if there has been coercion. ”They also add,“ It’s premature and dangerous, the End of Life Act permanent in the absence of data to help us better understand the impact of assisted suicide on Californians. “

Be sure to read the Globe’s April article featuring then-Sen. Jeff Stones’ important testimony in 2015 as a practicing pharmacist. Stone reminded his colleagues that suicide is not a crime. “Anyone in America can kill themselves without the government saying so.” He added, “We have taken the hypocratic oath,” said Stone. “We don’t give poisons.”

When the Assembly Judiciary Committee hearing ended, only two members of the committee voted to pass SB 380 – not enough to pass. We’ll provide an update later when all votes are in.

Video of the hearing is HERE.

By no means heard of Incapacity Satisfaction Month? Let’s discuss why

Distant entry to public conferences a post-pandemic should

Folks With IDD Are Serving to Suppliers Enhance The Vaccination…

The Reality About MMJ Card Safety In Employment