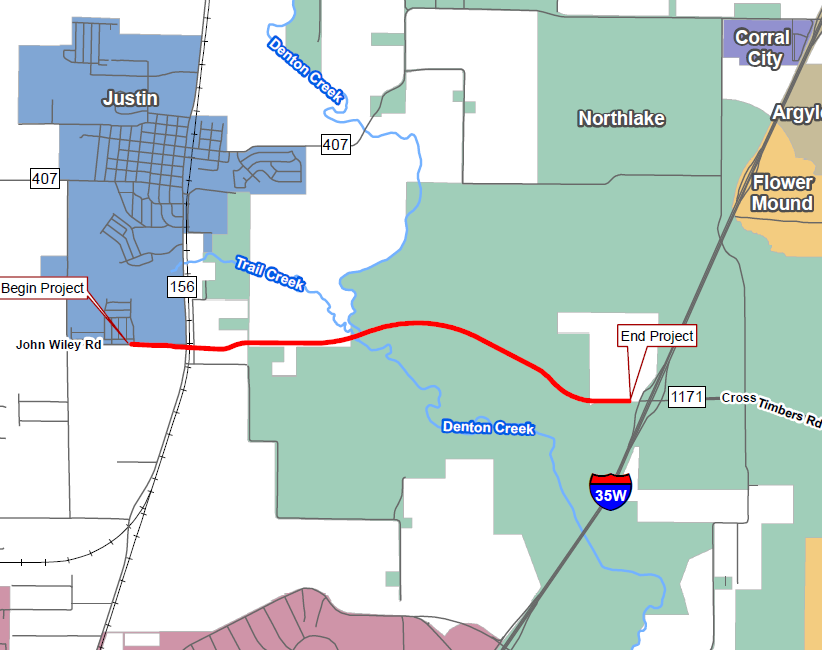 The Texas Department of Transportation and DentonCounty will host a virtual public session for an FM 1171 improvement project for approximately two weeks.

The proposed project involves building a new, non-freeway, road from FM 1171 to I-35W west of FM 156 in Justin, according to a TxDOT press release.

The urbanized sections of the proposed new freeway-free road would include:

The rural section of the proposed new highway-free road would include:

12-foot turn lanes would be created at various locations throughout the project corridor. The planned drainage will take place via curbs and gutters, a rainwater sewer system and crossing culverts. The design speed for the proposed carriageway is 40 miles per hour for the urban section and 70 miles per hour for the rural section.

The project also proposes the construction of two new bridges:

Subject to final design considerations, the proposed project would require additional right of way and possibly displace an empty structure.

The meeting is not a live event, but can be viewed by residents on Thursday from 6:00 p.m. at keepitmovingdallas.com/FM1171 and will remain online until July 23.

Workers and Vaccinations: What Do Employers Must Know and…

California is increasing who it’s vaccinating. Are you subsequent?…

Salisbury firefighters wrestle with Social Safety advantages due to…

Teen With Autism Heads Up New Produce Pantry For The Needy

Minnesota lawmakers keep away from authorities shutdown as $52B…