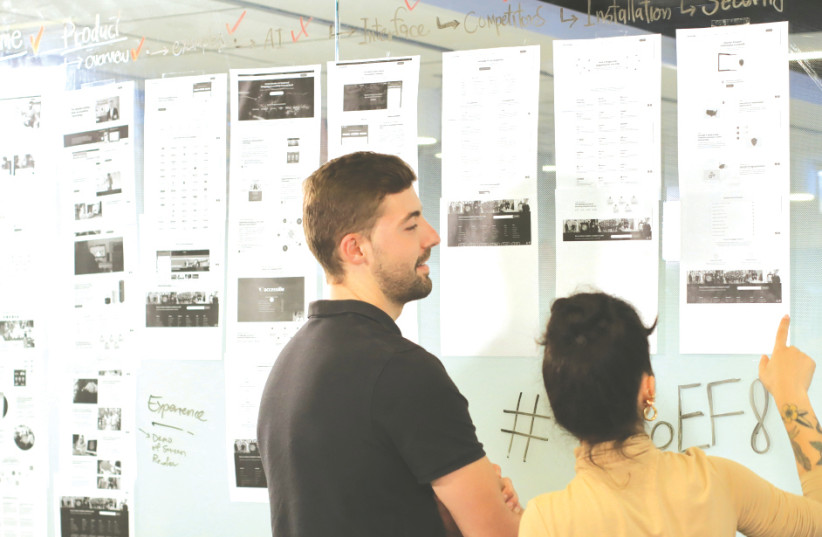 The Israeli market leader accessiBe announced the official start of its national TV advertising campaign, which aims to encourage companies to make their products and services available on the Internet. This is also the first time for accessiBe that a private organization has dealt with the subject of web accessibility on national mainstream television.

The company’s ad was produced by a team of people with disabilities and also shows people with disabilities. The TV commercial makes a compelling case for accessibility and features, among others, the quadruple amputee motivational speaker Aimee Copeland, the actress and author with cerebral palsy Emily Kranking and the wrestler with congenital amputation Kyle Maynard.

The sixty-second ad will air in various areas of the United States for eight weeks beginning July 12. The company bought prime-time commercials on a variety of channels.

accessiBe Chief Vision Officer Michael Hingson, responsible for campaign management, emphasized the importance of the company’s TV campaign in the US. “People with disabilities are not restricted by their limitations, but by an inaccessible internet. You are unstoppable. I am unstoppable. We are unstoppable, ”he enthused.

Shir Ekerling, CEO of accessiBe, is pleased that he is, in turn, overseeing the introduction of nationwide mainstream TV advertising for a product with barrier-free access. “While internet accessibility is a critical issue, especially as people continue to do almost everything online, conversations about it have not yet made it into the mainstream television world.

The TV advertising campaign is titled “The Unstoppable” and tries to reach out to companies to convince them to support the needs of people with disabilities online. “The” Unstoppable “campaign aims to open the hearts and minds of business owners in order to recognize the importance of accessibility on the Internet,” emphasized Ekerling.

In particular, the launch of the TV ad follows the recent announcement of the upcoming launch of accessFind, a nonprofit project that aims to partner with reputable disability organizations to offer a search engine that searches the web for content that is useful or interesting to people with disabilities.

accessiBe is a global provider of web accessibility solutions that was founded in Israel and now serves companies in different parts of the world. It became famous for the introduction of its AI-based solution, which can make virtually any website compliant with WCAG, ADA Title III and other accessibility requirements.

The company enables companies to make their websites more user-friendly for people with special access needs, including hearing, vision, and motor problems.

Ready Lists Might Be Eradicated For Incapacity Providers Supplied…

Children at excessive threat must be a high precedence

One third of CATS buses had been disabled by warmth, provide…

Patton State Hospital on fast-track to vaccinate most sufferers and…