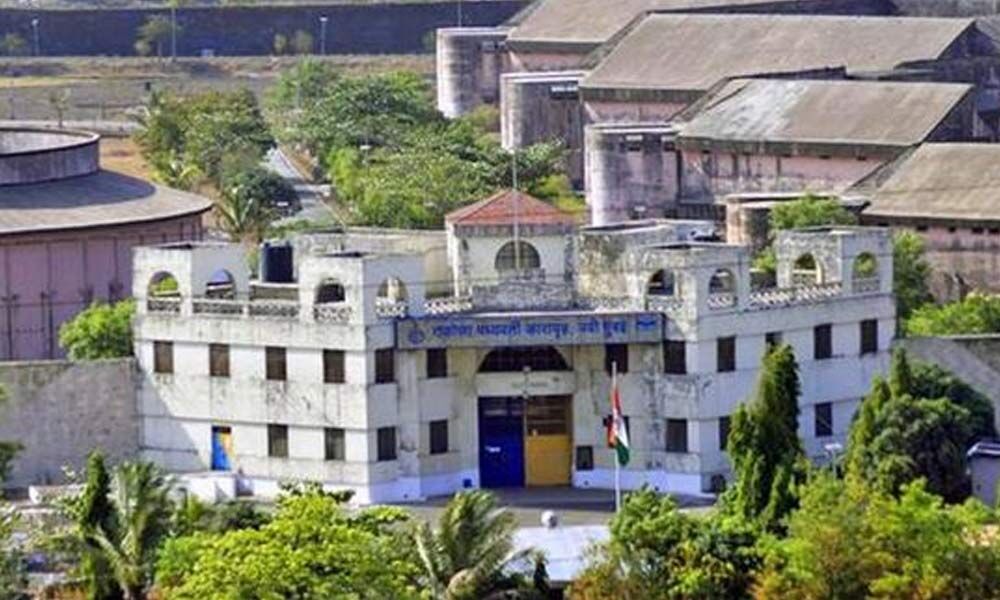 It is time to prove that we, the citizens, prison guards, police officers, judges (from the magistrate to the top) and political rulers, MPs and doctors, are human beings. The average man cannot understand the due process or the nuances of the judicial system. But he can understand that the courts and prison guards refuse to drink a straw to Father Stan Swamy, unable to hold a glass of water because of Parkinson’s disease because of his hand tremors. Did an anti-terror law empower the authorities to deny this fundamental human health need? Or have we lost all human values ​​at all levels including the judiciary?

A professor from various faculties asked a fundamental question why one court says yes and the other no to the same facts and laws. As a student of constitutional law, I consider this fundamental doubt to be stronger than guaranteed fundamental rights and unenforceable fundamental obligations in our constitution. Any long explanation cannot dispel this doubt. Due process suffers when it is in the hands of improper personalities.

The cruelty of prison officials and courts is reflected when they postponed, questioned or delayed the plea for a straw drinker for Swamy. Courts consistently denied his bail requests, including some on medical grounds. The courts either remained silent or ignored the plea for sippers. The National Investigating Agency contradicted the plea for sippers. For what reasons we don’t know. Maybe they don’t know either. Is it because a drinker in the hands of a Parkinson’s patient puts national security at risk? When his friends and relatives sent dozens of drinkers, the prison authorities refused them. That means they weren’t allowed in either.

On October 9, 2020, it was submitted to the Special Court in Mumbai that Swamy could not even sign the Vakalatnama because his hands were trembling and he could not hold the pen. Then the court was kind enough to allow him to leave a thumbprint. Swamy was immediately taken into custody because the NIA did not request his custody. This means that his custody was not required. It could have been enough that he was available for any investigation or prosecution. When his lawyers asked the court to bail him on humanitarian grounds, the NIA said there was no such provision in the UAPA and the court agreed. There is no room for humanitarian reasons at all, what a miracle?

Law that did not provide for a sipper

Has history recorded a petition for a straw-eater? On November 6th, Swamy’s lawyer asked the court to provide a drinking cup and a straw, since without them he cannot even drink water. His lawyer said when he was arrested at Ranchi Jharkhand, a packed bag was taken with his belongings, which included his clothes and a steel sipper and a straw to help him drink water or tea without spilling. The prayer was for the return of the straw and the drinker. The NIA said they did not confiscate any items from Swamy. After the allegations of the NIA, the special court rejected the application for sipper. The judge did not ask the NIA to prove the authenticity of their claim that nothing was confiscated from them.

The National Platform for the Rights of the Disabled wrote to the NHRC that “Father Swamy was carrying a bag with a straw and a water bottle at the time of his arrest, but the NIA confiscated it. The NIA refused to return them and send them to prison. The authorities refused to provide him with these inexpensive but essential tools. He has difficulty eating due to tremors. He cannot bathe, bring water or wash clothes. Father Stan also has serious hearing problems and needs hearing aids for both ears.

Muralidharan Vishwanath, general secretary of the National Platform for the Rights of Persons with Disabilities, said it is mandatory that Stan Swamy be provided with age and disabled friendly accommodation, aids such as straws and drinkers, and human attention if necessary. We ask that you ensure that the rights of prisoners with disabilities are respected and that you provide them with reasonable accommodation in accordance with international conventions.

The entire judiciary in India and around the world should have hung their heads in shame for such a strict order to save the sovereignty and integrity of India, the great one. The court said a new request could be made to provide him with the items in accordance with the prison manual. The prison manuals will likely never include a drink and straw sentence unless a Parkinson’s patient has been previously incarcerated. When a new motion was filed and banked, the NIA requested 20 days to file a response on November 6, 2020, and the court readily gave 20 days, adjourning to November 26, 2020, the day Constitution or Law Day in India without asking why it takes you 20 days to say yes or no to the sipper request? Perhaps it is time for Indian judges to prove that they are not only judges, but people too! It was only after widespread national outcry over the refusal to provide him with a sipper that they made him available on November 29th. He has suffered without a sipper since his arrest on October 8, 2020.

Over the years the Supreme Court has clearly established in several cases that prisoners also have certain fundamental rights, including the above, which are violated in this case.

Ten opposition parties, including Congress, TMC and DMK, have written to President Ram Nath Kovind asking him to intervene in order to keep those responsible for the death of Stan Swamy. The letter calls for the release of all those detained in the violence of Bhima Koregaon. It also accused the government of ill-treating a patient in custody. Regarding the activist’s condition, it said, “He was denied treatment for his various illnesses, including debilitating Parkinson’s. Only after a nationwide campaign was carried out that even allowed him to drink fluids while in prison.”

A complaint was filed with the Maharashtra Human Rights Commission on May 25th, 2021 that Swamy, who was being housed in Taloja Central Jail, Navi Mumbai, had not received any medical facility during the COVID-19 period, had not been vaccinated and that it was not an adequate one Medical care announced in the prison hospital that the majority of prison staff, especially the majority of the kitchen staff, tested positive for Covid and that the number of prisoners on remand had been infected with the coronavirus, but no RT-PCR tests were carried out there. He was vaccinated after testing positive for corona. As the NHRC, MHRC and Bombay High Court investigated human issues, Covid infection worsened. Covid couldn’t wait for the NIA to file an indictment the next day after the adjournment, the High Court to rule on the medical bail and take away the as-yet-unindicted Stan Sway. On trial day (can’t say it was the last date) the court was kind enough to be sad after finding the proven fact that he was dead.

(The author is Professor and Dean of the School of Law, Mahindra University, Hyderabad, former Central Information Commissioner)

DIVERSITY IN THE WORKS: capitalizing on and supporting…

How and when to reveal your disability throughout a job search

Walmart employee with Down syndrome fought the large retailer

Incapacity ministers to fulfill once more in July